“The Mediterranean between economic crisis and socio-political changes: the floor to the media”

NEXT COPEAM ANNUAL CONFERENCE IN TUNISIA in 2014 The 20th Annual Conference of COPEAM was closed in Cagliari. More than 200 delegates from 27 countries from the Mediterranean region took part in the event. The discussion focused on the role of the media in a region which is facing both a severe economic crisis and deep socio-political changes. A number of personalities of the region contributed in the several panels, including the Secretary General of the Ministry…

Changes in the Euro-Mediterranean societies: the Media on the move

The 19th annual Conference of COPEAM (Permanent Conference of the Mediterranean Audiovisual Operators), which took place at the Palais des Congrès of Marrakesh upon invitation of the Moroccan public broadcaster (SNRT) and in media-partnership with Babel TV on the theme “Changes in the Euro-Mediterranean societies: the Media on the move”, was officially opened by the Minister of Communication and spokesperson of the Moroccan government, Mustapha EL KHALFI.
During the three working sessions, a panel of experts from the media and the audiovisual sectors… 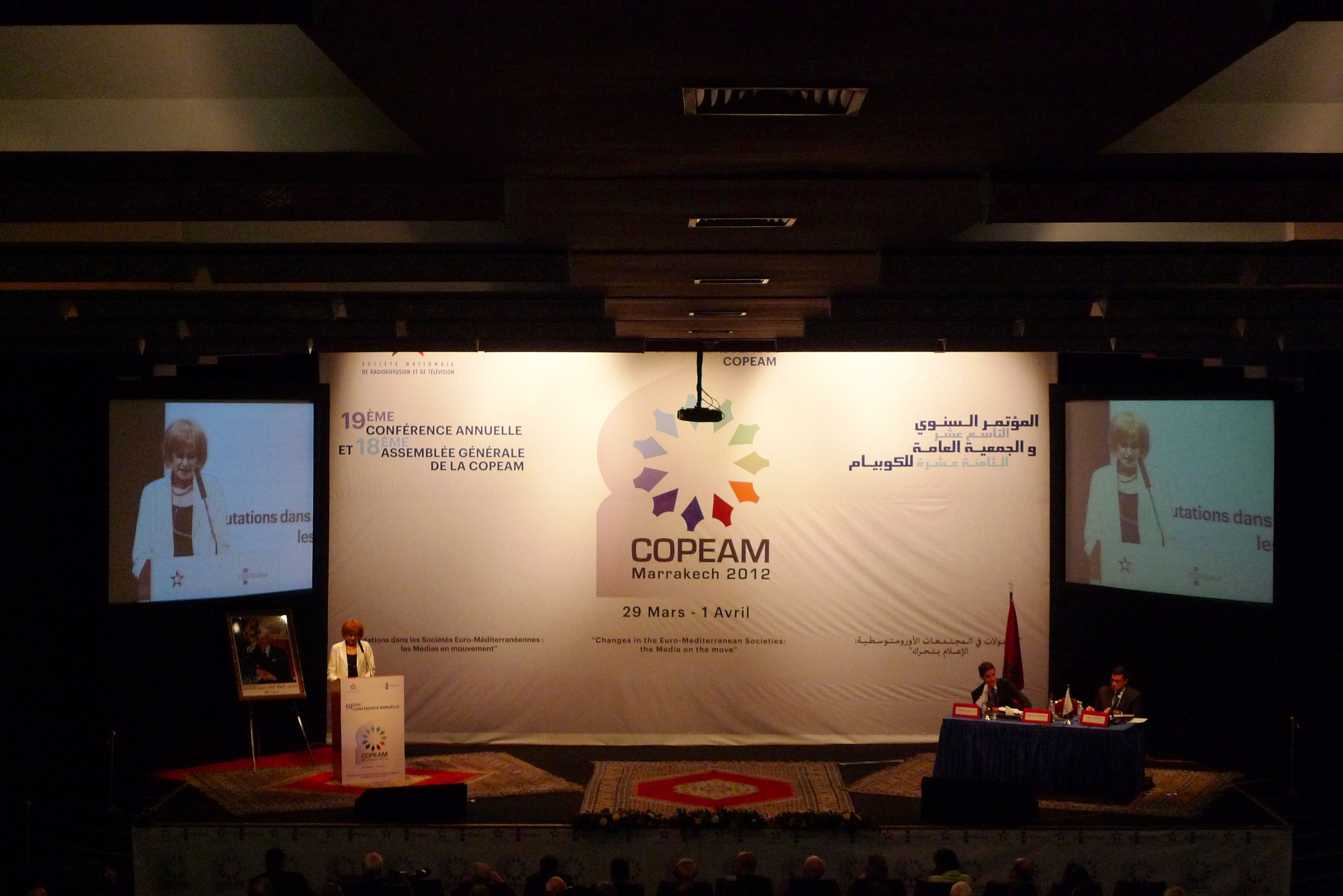 The 18th annual Conference of COPEAM (Permanent Conference of the Mediterranean Audiovisual Operators), held in the whereabouts of the sea village of Agia Napa, in Cyprus, upon the kind invitation of the Cypriot public broadcaster (CyBC), ended successfully. This event gathered 240 professionals of the audiovisual and cultural sector from all the countries of the region.
The main focus of these threeâ€day debates and exchanges was: “a shared Mediterranean… 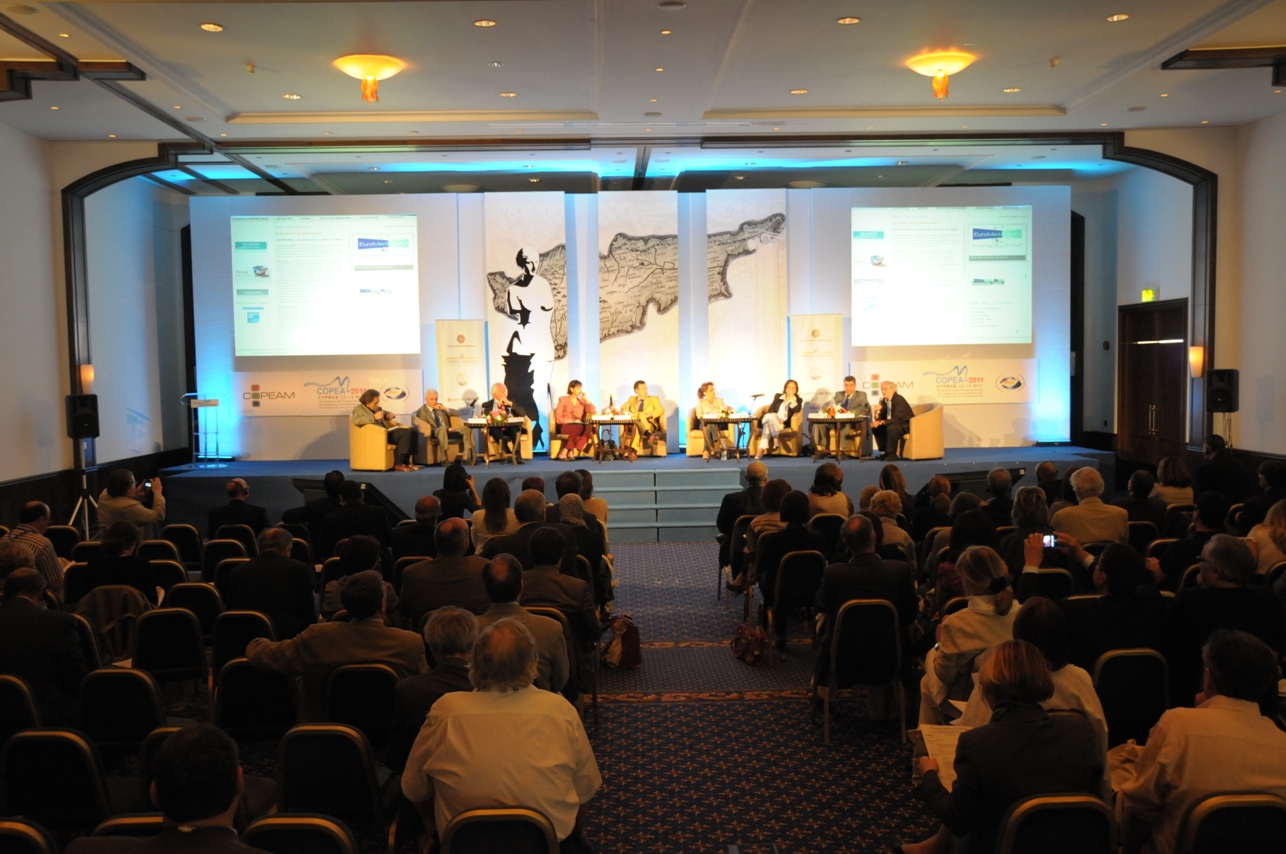 The 17th Annual Conference of COPEAM, organized in collaboration with INA (National Audiovisual Institute) and under the High Patronage of Mr. Nicolas Sarkozy, President of the French Republic, was focused on the theme “The Mediterranean Audiovisual Stake”. A stake embodied in a series of concrete and ambitious projects aiming at drawing the Mediterranean audiovisual landscape. This edition was an opportunity to assess the development of the 10 projects adopted by the General Assembly of Cairo, in 2009, which gained the consensus of the professionals of both the Mediterranean sides, as… 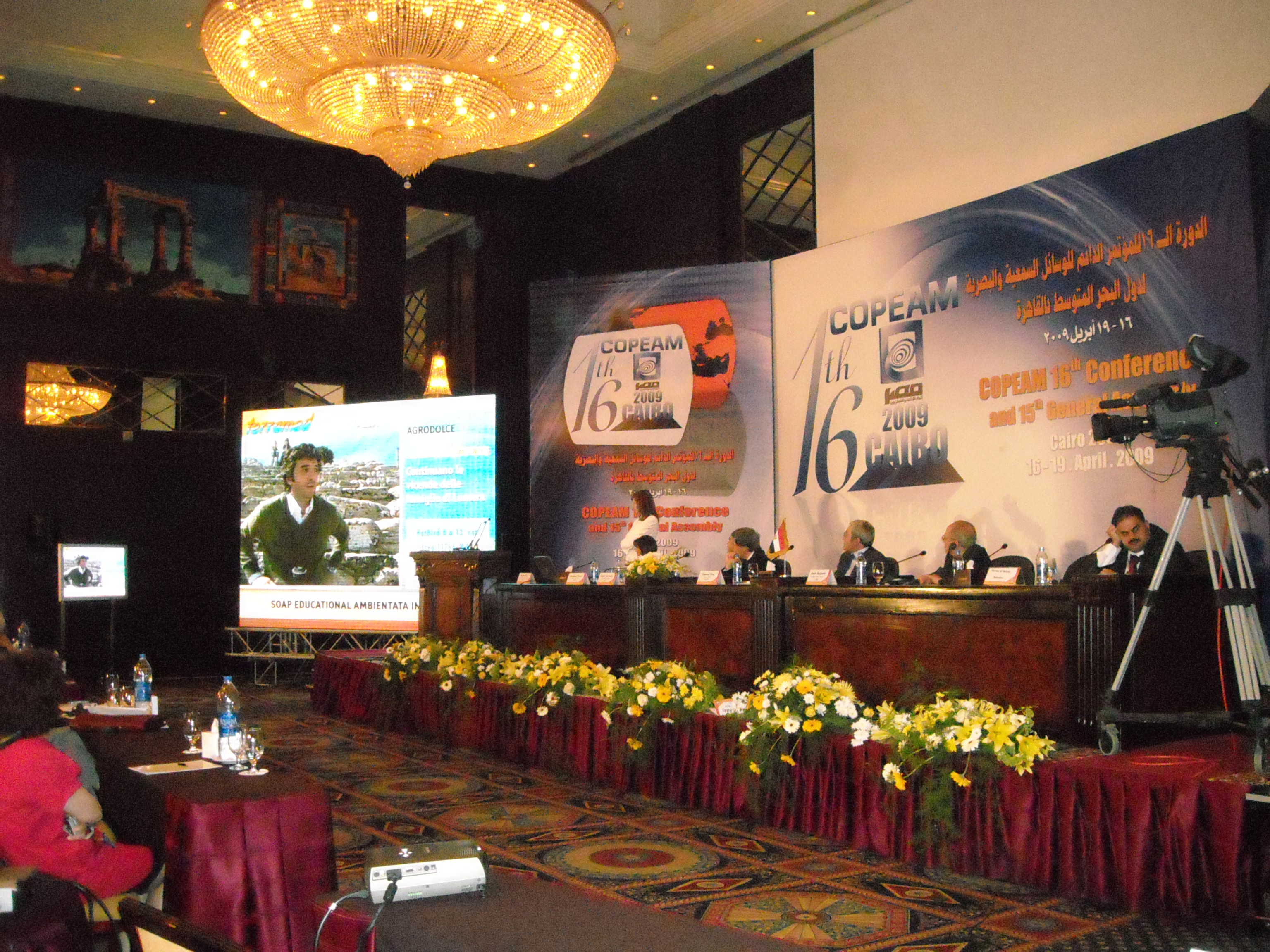 The 14th General Assembly of COPEAM was held on the 18th May 2008 in Bucharest, in the framework of its15th annual Conference.

« Mediterranean : another way of communicating »

Organised thanks to the hospitality of JRTV – Jordan Radio and Television, in the suggestive setting of the Dead Sea, the XIV Conference of COPEAM has seen the Mediterranean audiovisual product as the actual protagonist of this rendezvous.

At the core of the three-day event, new languages and new visions: starting from the fourth “Inter-Rives” workshop (19th April) – where the production of the documentaries dealing with “Trends of contemporary art” and “Women” has been finalized and a pilot series ready to be broadcast has…

8th–11th May 2002: “Media in the Mediterranean as Factors of Dialogue and Peace”. The Conference, held on the invitation of the Algerian television (ENTV) and under the High Patronage of the President of the Democratic and Popular Republic of Algeria, Mr. Abdelaziz Bouteflika, gathered about 600 participants among professionals and representatives of the cultural and institutional sectors. The theme of peace and the urgency of strengthening the relationships between the Southern and Northern Mediterranean shores had been the main topics debated.

The 8th Conference of the Mediterranean Audiovisual Operators (Thessaloniki, 2001)

28-31 March 2001: the meeting, held once again in Thessaloniki (the Intergovernmental Conference of ThessaloniKi took place in 1997), was focused on the topic: “Mediterranean identities: the issues at stake and the responsibilities of the Media”.

The event occurred in a moment where the standoff of the Process of Barcelona caused increasing doubts and worries concerning the development of a Euro-Mediterranean area marked by geopolitical stability, economic cooperation and peaceful intercultural dialogue.

The success of the initiative is proved by the high-level participants who gave their contribution to the debate: intellectuals such as Pedrag Matvejevitch, the writer and…