“The Mediterranean between economic crisis and socio-political changes: the floor to the media”

NEXT COPEAM ANNUAL CONFERENCE IN TUNISIA in 2014

The 20th Annual Conference of COPEAM was closed in Cagliari. More than 200 delegates from 27 countries from the Mediterranean region took part in the event. The discussion focused on the role of the media in a region which is facing both a severe economic crisis and deep socio-political changes. A number of personalities of the region contributed in the several panels, including the Secretary General of the Ministry of Foreign Affairs, Michele Valensise, the President of Rai, Anna Maria Tarantola, the Deputy Secretary General of the Arab League, Samir Al Kassir, the Deputy Minister of Foreign Affairs of Cyprus Andreas Mavroyiannis, the Ambassador of Morocco, Hassan Abouyoub, the President of the HACA, Amina Lemrini Elouahabi, the Member of the Culture Commission, European Parliament, Silvia Costa, the Vice-president of EBU, Claudio Cappon. The Secretary General of COPEAM, Pier Luigi Malesani, at the and of the work, expressed his appreciation for the remarkable public participation and the high level of debate, and announced that the next Annual Conference will be held in Tunis in spring 2014 . 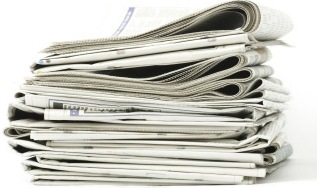 What the press says


Address of the Secretary General