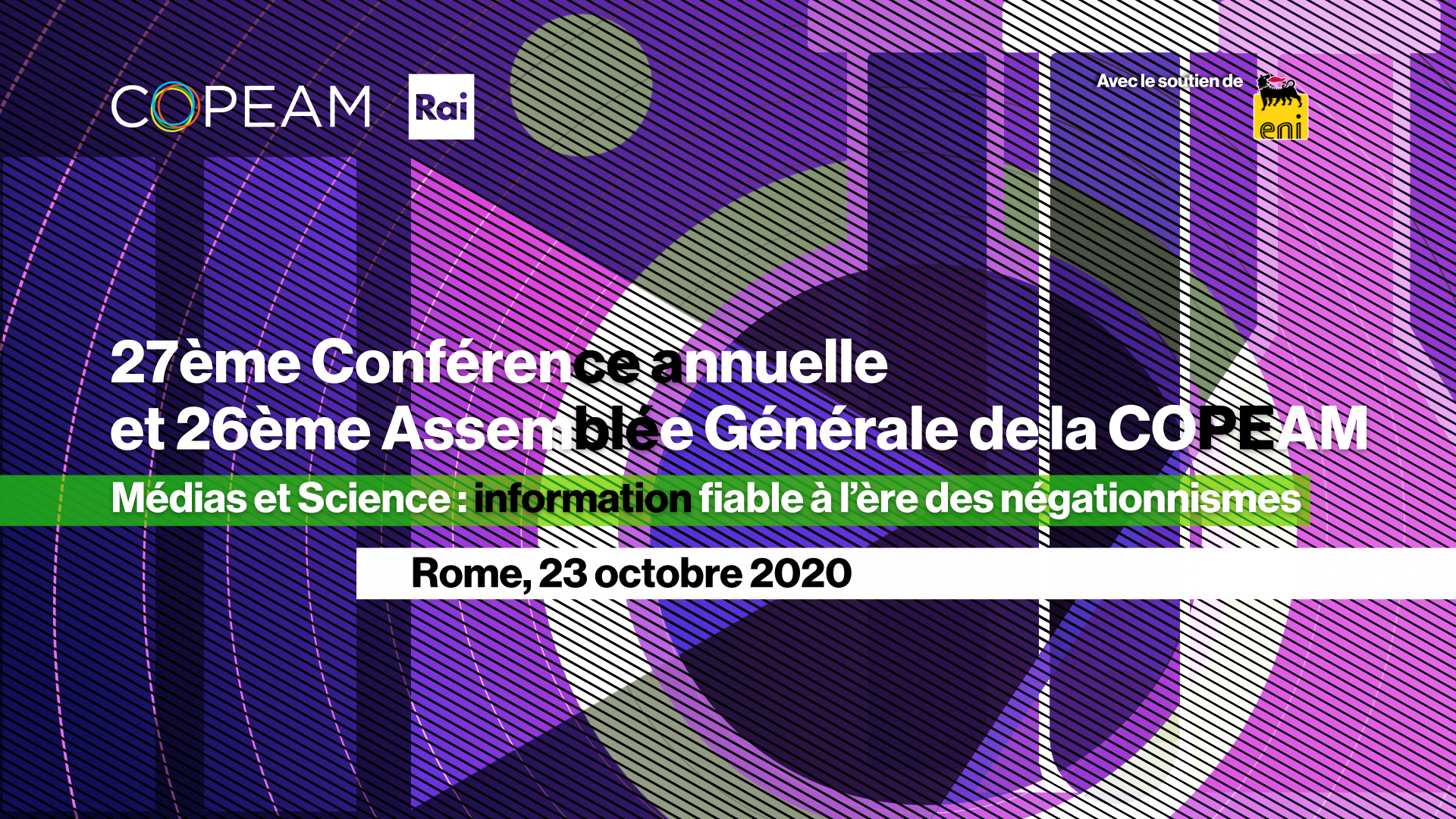 "Media & Science: accurate information in the age of denialisms"

COPEAM (Permanent Conference of the Mediterranean Audiovisual Operators) 27th annual Conference, dedicated to  Media and science: accurate information in the age of denialisms" and organized in partnership with Rai-Radiotelevisione Italiana and with the support of Eni, took place last October 23. Audiovisual professionals and international delegates from all over the Mediterranean region attended the works, which were held online due to the current health emergency.

The event was inaugurated with a welcome message by Mr. Marcello Foa, President of Rai, and the Undersecretary of State for Foreign Affairs and International Cooperation, Mr. Manlio Di Stefano, who underlined in his speech the great threat that misleading messages and concepts - disseminated in particular on social media - represent for public health and safety.

In his topics introduction, Mr. Noel Curran, Director General of the European Broadcasting Union (EBU), focused on the "scientific" approach adopted by the public service media in the treatment of the current health crisis and on the new challenges scientific information has to face in connection with the pandemic. The need for engaging programming in this domain, capable of also attracting young audiences beyond the traditional ones, has now become a priority for the entire radio and television sector, in Europe and in the rest of the world.

In the session moderated by Mr. Alessandro Baracchini from RaiNews24, the three speakers – Mrs. Gema Revuelta, Professor of the University of Barcelona, Mr. Ashraf Amin, journalist of the newspaper Al-Ahram, and Mrs. Milica Momčilović, President of the World Federation of Scientific Journalists - highlighted, in particular, the difficulties and opportunities that have arisen with the Covid-19 in their work of scientific communicators and their experience in fighting against pseudoscience and the spread of fake news. They all agreed that, among the best possible solutions, there is the necessary interaction between new and traditional media and the adoption of existing good practices in this area.

Finally, the denial of climate change and the pandemic was enhanced in Eni’s contribution, whose decarbonisation process as a strategic axis from now to 2050 represents a unique plan in the field industry, in terms of approach and objectives.
The members’ General Assembly, held on the same date, elected Mr. Claudio Cappon Secretary General of COPEAM for a second four-year term and confirmed Mr. Kazimir Bačić, Director General of Croatian radio and television (HRT), as President of the Association.