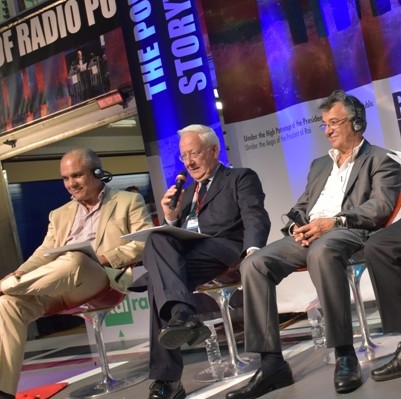 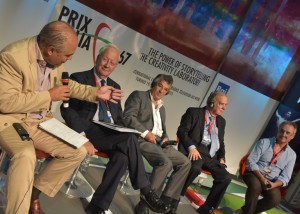 The works, moderated by the Secretary General Pier Luigi Malesani, were animated by Talal El Makdessi, President and Director General of TéléLiban and President of COPEAM, Tonio Portughese, President of the Maltese public radio and television PBS, Mostapha Mellouk, President of Casablanca Media Partners and ASBU expert (Arab States Broadcasting Union), Markus Nikel, consultant for international projects at Rai Storia/Rai Cultura and Vice-President of the EBU group “Science and Knowledge" (European Broadcasting Union).
The debate focused on the important role played by the Euro-Arab co-productions in the promotion of mutual knowledge of the different cultural and professional realities in the region, so contributing to counter the ignorance of the other and the fear of diversity, factors causing division in both European and Arab societies.
The ASBU-COPEAM documentary co-production of Inter-Rives was presented as a best practice: the 5th edition of this project was recently launched and will focus on “Stories of travels and seas”, following the success obtained by the 4th series on the theme “Sports without borders”.
The working team and the directors will meet in Tunis next November.
PIU_0311_sm

The day after, the President of COPEAM took part in an institutional session organised by RAI and devoted to the role of public media facing the migratory phenomena, together with the newly-elected President of RAI, Monica Maggioni, the Italian Minister for Foreign Affairs, Paolo Gentiloni, the President of the Chamber of the Italian Parliament, Laura Boldrini, and the Mayor of Turin, Piero Fassino. 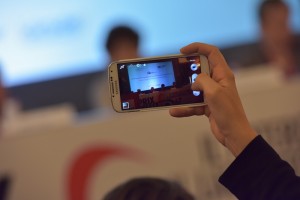 Finally, on the same occasion, COPEAM Gender Equality Commission promoted a meeting devoted to the presentation of the results of the Global Media Monitoring 2015 on women representation in the media. The 5th edition of this study including also the web and the social media, involved more than 130 countries and reveals that the world represented in the information sector still shows a majority of men. The debate was developed around the analysis of the data and their framing in the international context, the professional policies and practices and the language strategies. Programme
2843