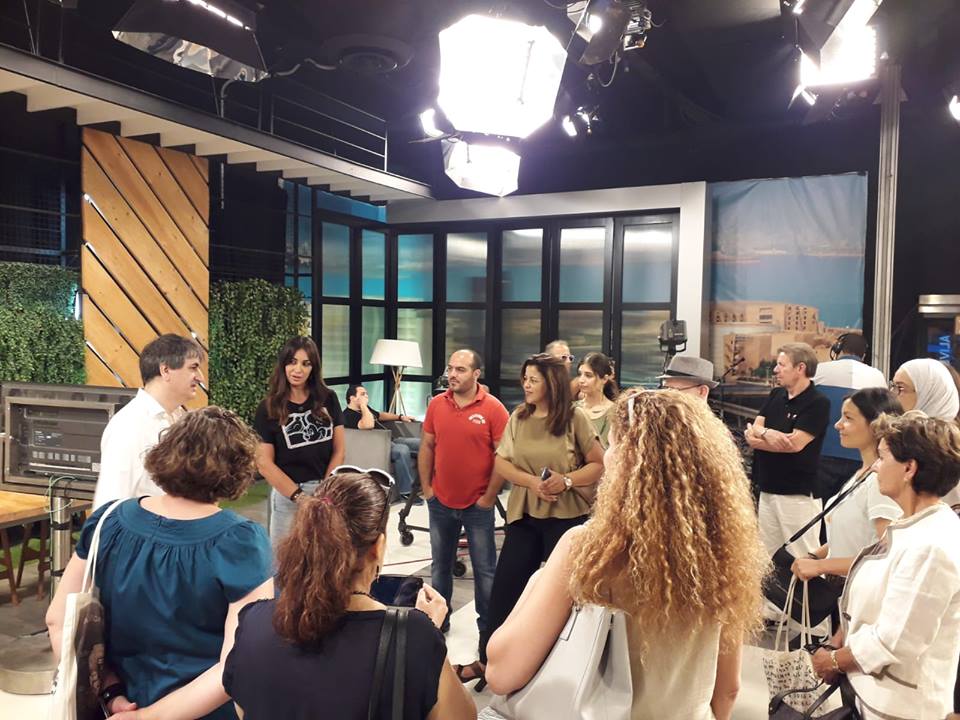 The EU-funded project SouthMed WiA (MedFilm Programme) organized a workshop in Beirut from 4 to 6 July 2018, in collaboration with the Beirut Film Society.
For the first time, this initiative brought together the representatives of the sub-granted projects funded under the second call of this action aiming to foster women representation in the South-Mediterranean film sector.

The workshop was opened by Ms. Elin Danielsson, EU delegation Programme Manager on Human Rights and Gender. After a presentation of each project, the beneficiaries could exchange experiences and viewpoints on different issues and identify challenges related to their own activities. They received guidance and support by local experts - Sam Lahoud, Director of the Beirut International Women Film Festival; the renown Lebanese actress Julia Kassar; the filmmakers Bahij Hojej and Cynthia Choucair; Muriel Aboulrouss, cinematographer/director; Joseph Husseini and Bchara Ghaoui, respectively from MTV Television Lebanon and Mentor Arabia – on how movie contents should be developed to improve the representation of women and on the importance of advocacy as a main key for the projects’ success.

Check out a picture compilation of last week’s Meeting in Beirut! On behalf of SouthMedWiA’s team we want to thank...

The production of audiovisual outputs is one of the projects’ goals: they will be conceived as artworks but also as tools for social change, inspired by local communities and female professionals involved in the activities, with the aim of giving voice to real stories.

The meeting also encompassed an exchange visit to the Beirut MTV Studios, during which the sub-grantees and the SouthMed WiA partners discovered one of the most popular Entertainment TV Studios in the Arab World.

The sub-granted projects of the SouthMed WiA second call are:

- “Fostering Gender Equality behind the Camera”, coordinated by The Center of Arab Women for Training and Research CAWTAR, Tunis, Tunisia, in partnership with Shashat Woman Cinema