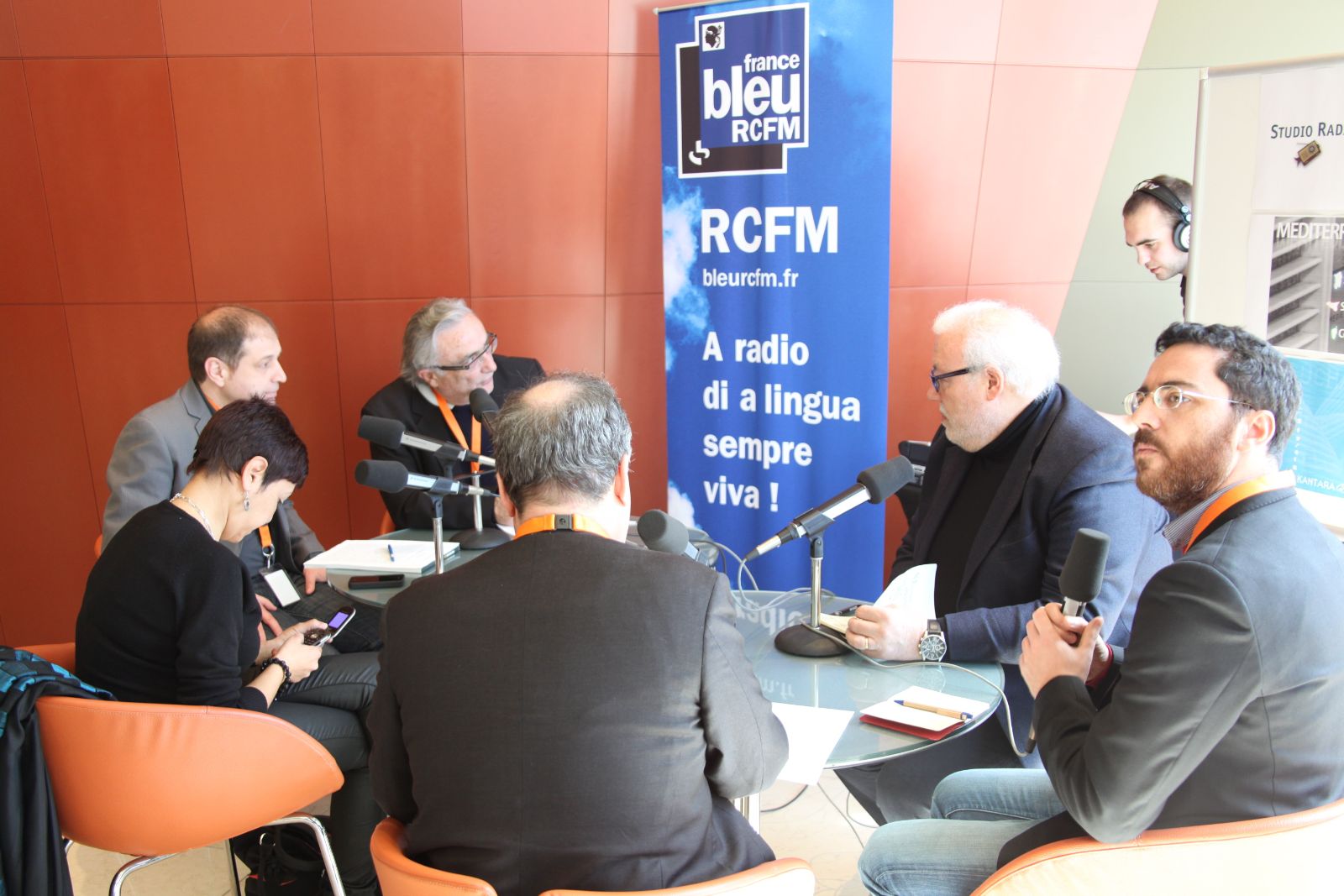 In October 2012, a new version of the radio magazine Mediterradio was launched through the intermediary of COPEAM. Relying on a new and ambitious partnership between RAI and Radio France, Mediterradio devolved in a weekly news programme devoted to the Western islands of the Mediterranean Sea: Corsica, Sardinia and Sicily. The originality of this programme was made possible thanks to the audacious use of the languages based on the inter-comprehension of Corse and Italian.Produced and actuated by France Bleu RCFM along with the Sardinian and Sicilian stations of Radio Rai Mediterradio is intended to deal with current affairs and to create relations between economic, social and cultural actors, relying on the common insular reality in the Mediterranean of today. In a 27 minutes format, the three stations illustrate current affairs through short reportages. Music, a cultural agenda and a feature on the weekly news contribute to the improvement of the mutual understanding of the three islands.Priority is given to the reportage, so to deeply and comprehensively deal with the subjects. Special editions were realised on the occasion of an event at the European Parliament in Strasbourg, in November 2012, and in the framework of COPEAM Conference in Cagliari, in March.
Listen the podcast