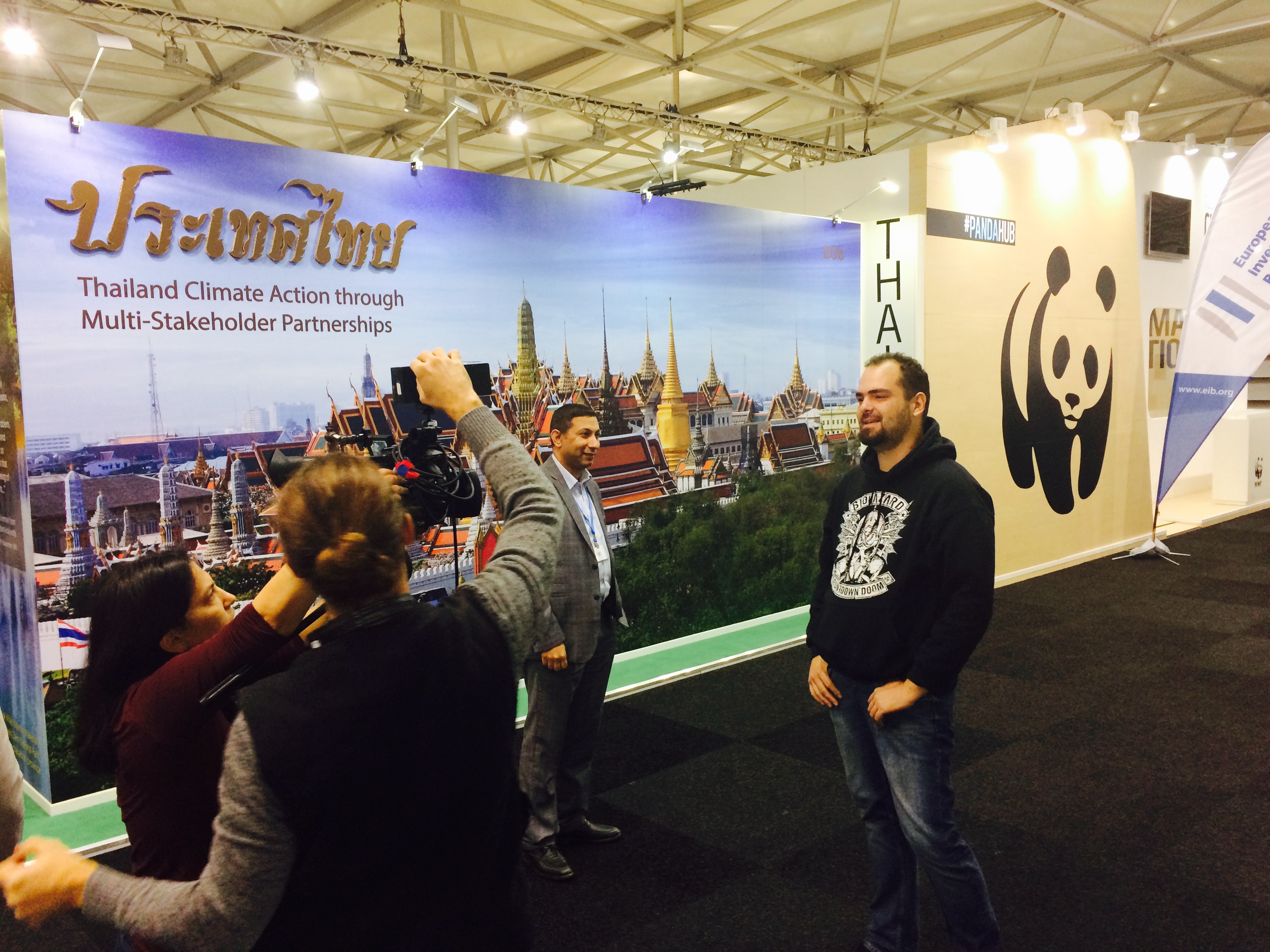 COP23: a COPEAM transnational newsroom to deal with climate issues

Following two theoretic training workshops (in Tunisia in 2015 and in Morocco in 2016), that were aimed at providing the journalists involved with the basic notions concerning the climate change and the environmental challenges at the heart of the different international conferences on climate, this year the partnership between COPEAM and the European Investment Bank evolved into the creation of a transnational newsroom to ensure the media coverage of the COP23, the UN global conference on climate, which took place in Bonn (Germany) from 6 to 17 November 2017.

In this framework, during 4 working days, 9 journalists - coming from SNRT-Morocco, 2M-Morocco, EPRS-Algeria, Tunisian Television, Tunisian Radio, National Media Authority-Egypt, PBC-Palestine, HRT-Croatia, RTVSLO-Slovenia – had the great opportunity to access the institutional meetings, the negotiations, the round tables and the collateral events organized by the COP23 and to get in touch with their respective national delegations attending the meeting, as well as with civil society representatives from all around the world.

The first day was spent in Luxembourg, at the EIB premises, where the main projects carried out by the Bank in the Mediterranean region and related to climate and the renewable energies were presented. A preliminary overwiew on the ongoing negotiations, the main stakes and the key topics of this edition of the COP was illustrated to the journalists involved.

In Bonn, the participants were supported by Gilles Luneau from ESJ Pro, a journalist specialized in climate issues, and by two video journalists that accompanied them in the realization and editing of the reportages, news items, articles and interviews to institutional, ministerial and civil society representatives attending the Conference.

Gathering information and impressions on the challenges and problems discussed by the negotiators, the journalists improved their skills in covering such international event devoted to a global issue like the climate change which, considering its urgency, has to be part of the media agenda, notably of the public service ones.

In this sense, further to the radio and TV broadcast on the channels of the involved organizations, that had the occasion to air images and interviews produced on the field by their own professionals, the content produced was also made available to the Mediterranean news exchange ERN-Med, so to reach a larger public at regional scale.