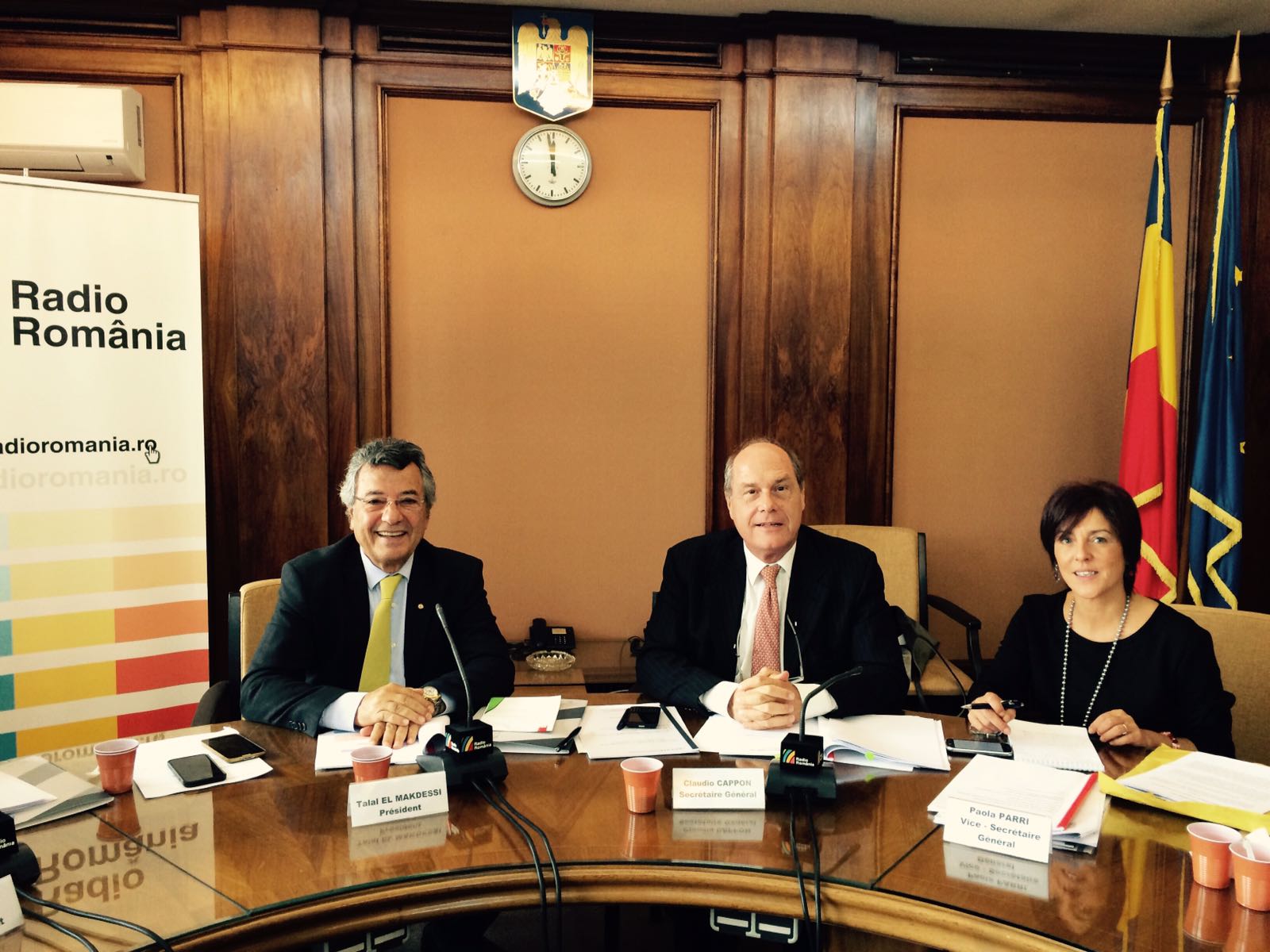 The COPEAM Steering Committee in Bucharest

Among the latest activities carried out within the network, the workshop on climate change supported by the European Investment Bank and held in the framework of the COP22 in Marrakesh was presented, along with the archive-based contest addressed to the young professionals from the Balkans area and the EU Medfilm project, aiming at promoting the role and the image of women in the southern Mediterranean film sector.

The attending members focused on the organisation of next COPEAM annual Conference, which will take place in Beirut from 11 to 13 May 2017, thanks to the invitation of the Lebanese public TV, around the topic: “Mediterranean storytelling: complexities, media response and public opinion”.