The Jordanian Dina Naser gets COPEAM prize “Refugees Stories: Glances from the South”

The COPEAM award “Refugees Stories: Glances from the South” has been given to the documentary “Tiny Souls” by the Jordanian director Dina Naser.
The awarding ceremony will take place on September 20 in Turin, presided over by COPEAM chief Pier Luigi Malesani during a roundtable discussion chaired by Limes editor-in-chief Lucio Caracciolo entitled “The South's Viewpoints: media stories of refugees”, organized in the framework of the 66th edition of Prix Italia.
The winning documentary, selected by a jury chaired by COPEAM Vice-secretary General Nicola Caligiore, tells the story of Syrian refugees inside Jordan's Zaatari camp through the views of the children protagonists of the tale. The aesthetic quality of the film and its light-handed, ironic narrative style in contrast with the seriousness of its subject matter were particularly praised.
A Special Mention was expressed for “A World Not Ours” by the Palestinian Mahdi Fleifel for the interesting use of archive images and the wealth of information emerging from the interweaving of several narrative levels. The third documentary that stood out is “The Wrong end of the Stick” by Turkey's Zeynep Kececiler, for the strength and originality of the images showing an unusual depiction of the war in Afghanistan 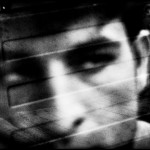 In the framework of its 66th edition and in cooperation with COPEAM, Prix Italia organizes a round table around the topic of the refugees. Aware of the relevance of this phenomenon, Prix Italia has opened its doors to […]