A challenge not only for the protagonists of those stories, but also for the teams, which were able to succeed as for the series’ quality.

The 4th international coproduction promoted by COPEAM and ASBU (Arab States Broadcasting Union), that will be broadcast during 2015, has involved 12 Euro-Arab public broadcasters around the topic "Sports Without Borders". Sports intended as personal challenge, as means to overcome physical, social and cultural boundaries, a tool for social integration and women's emancipation. Indeed, 7 episodes (of which 5 by Arab channels) are built around young determined and passionate women following their sport dreams.

A high-quality documentary collection resulting from a pluriannual course of professionalism and enrichment, telling stories of women and men and, through them, the social and cultural features of their respective countries.

As in the previous editions, two co-production workshops were organised - the opening (Tunis, April 2014) and the closing ones (Rome, November 2014) –representing for both the participants and the coordination team an opportunity to debate around the editorial and technical standards to be adopted, as well as of fruitful professional and cultural exchange.

The outputs of this edition were presented during the 22nd annual conference of COPEAM in Malta, last March. On that occasion, a Prize for the best  Inter-Rives IV documentary was attributed jointly to Ahmed Madfai (SNRT-Morocco) and to Peter Leban and Tommaso Mania (RTVSLO-Slovenia) and the topic of the 5th edition of Inter-Rives was announced: it will deal with “stories of travels and seas”. 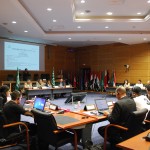