In December 2016, the audiovisual archives’ executives from the Balkans’ broadcasters associated to COPEAM met in Zagreb, upon invitation of HRT, to determine the terms of a contest open to the young professionals of the Region.

This is how the contest “Making a story from archives” came to birth. Launched in March 2017, the initiative was addressed to young directors under 40, who were invited to produce audiovisual works using the archives of their own organizations, with the aim of promoting the cultural heritage of this geographic area, thus contributing to build a collective memory and enhance dialogue and mutual understanding.

The call for projects, to which 6 broadcasters responded – RTVSLO/Slovenia, HRT/Croatia, TVR/Romania, RTS/Serbia, RTV Vojvodina/Serbia and RTK/Kosovo – closed last 30 May. The 11 works received cover different aspects of the history and traditions that constitute the richness of these countries, such as music and cooking, the evolution of the transportation means, the coexistence according to the young generations, but also the place radio and television occupy since their creation in people’s daily life.

A jury composed by COPEAM Secretary General, the President of the Audiovisual Heritage Commission and a representative of each organization involved, will evaluate the works and award a prize to the best product realized as well as two special mentions. The winners will be announced in the autumn during a ceremony hosted by the Croatian broadcaster. 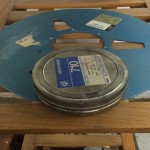