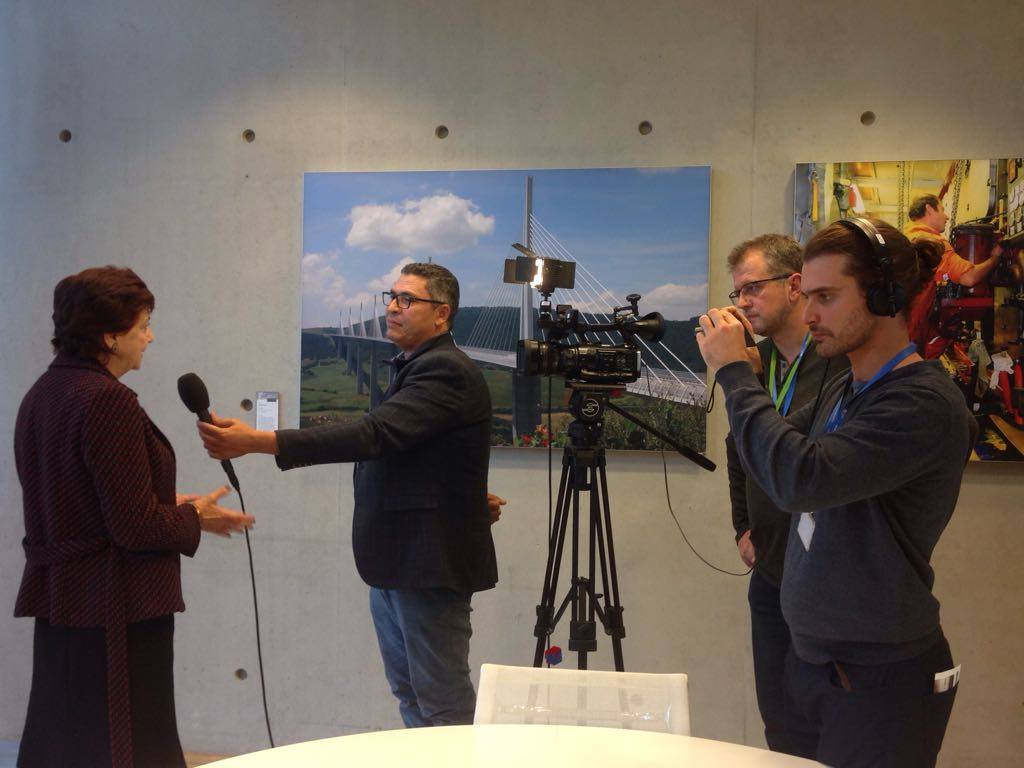 Creation of a COPEAM transnational newsroom to cover the COP23

In the framework of the world conference on climate change - COP23 - in Bonn, COPEAM, with the support of the European Investment Bank (EIB), has involved a group of journalists from South-Mediterranean Balkans’ radio and TV broadcasters in a transnational newsroom aimed at covering the event through the realisation of interviews to the attending personalities and of information products related to climate change and environment.

The 9 journalists from Algeria, Tunisia, Palestine, Egypt, Morocco, Croatia and Slovenia ensured in-depth coverage and reports, highlighting the main strategies the international community is adopting in order to achieve the objectives of the Paris Agreement in relation to the environmental challenges, the emissions’ reduction and the adaptation to climate changes specially concerning the Mediterranean and Africa.

With a view to widen such cooperation, the realised audiovisual products were made available to the Mediterranean regional news exchange ERN-Med, thereby favouring their widest dissemination among the general public on a regional scale.

The Secretary General of COPEAM, Claudio Cappon, hopes that this new partnership with the EIB, which follows the last two editions of COP in Paris and Marrakech, will contribute to further develop the professional skills within the network and to raise awareness on environmental and climatic issues among the Mediterranean media.