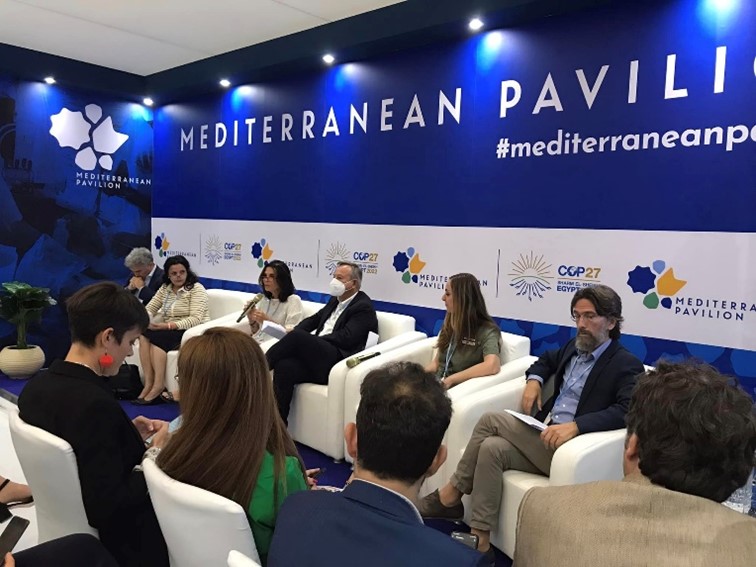 COPEAM & the Union for the Mediterranean

The cooperation links with this intergovernmental body have been further consolidated in the recent months.

In the framework of the 5th High-Level Conference on Women for the Mediterranean, held in Madrid on 26 and 27 October, 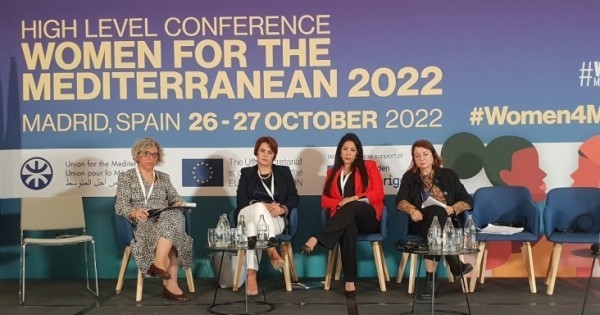 COPEAM contributed to the panel devoted to "Media and Gender Equality", through the participation of experts from our network, who - together with other outstanding speakers - critically questioned the role of the media industry in creating gender values ​​and the misrepresentation of women in media content.
On that occasion, the Ministers in charge of gender equality from the 42 countries of the UfM endorsed a Declaration to accelerate the strengthening of women’s role in the Euro-Mediterranean region.

In addition, during the COP27 in Sharm El Sheikh last November, journalists of the COPEAM-EIB transnational newsroom working on the ground daily accessed the Med Pavilion for news and interviews to scientists, experts and governmental representatives, thus ensuring initiatives’ visibility and an exhaustive coverage of the Mediterranean component of the world Conference on climate.
Besides, COPEAM – thanks to the participation of Fatiha Chara from the Algerian public radio - took part in an event organized by Rai on “Climate change and biodiversity. What science says, how media tell”: a debate between journalists and specialists on how to make climate change, loss of biodiversity and all the consequences easily understandable and how to create an impact in social awareness. A useful opportunity to help scientific information become comprehensible to everybody and compare different PSMs in their way to inform correctly about climate change and its effects on environment and human life.

Finally, COPEAM gave its support – for the second year - to the 2nd edition of the “Day of the Mediterranean”, the annual celebration promoted by the Union for the Mediterranean on the 28th of November, aiming to highlight the Mediterranean identity and culture, by fostering cooperation and paying tribute to the rich diversity of our Region.

Links to listen to the interviews: