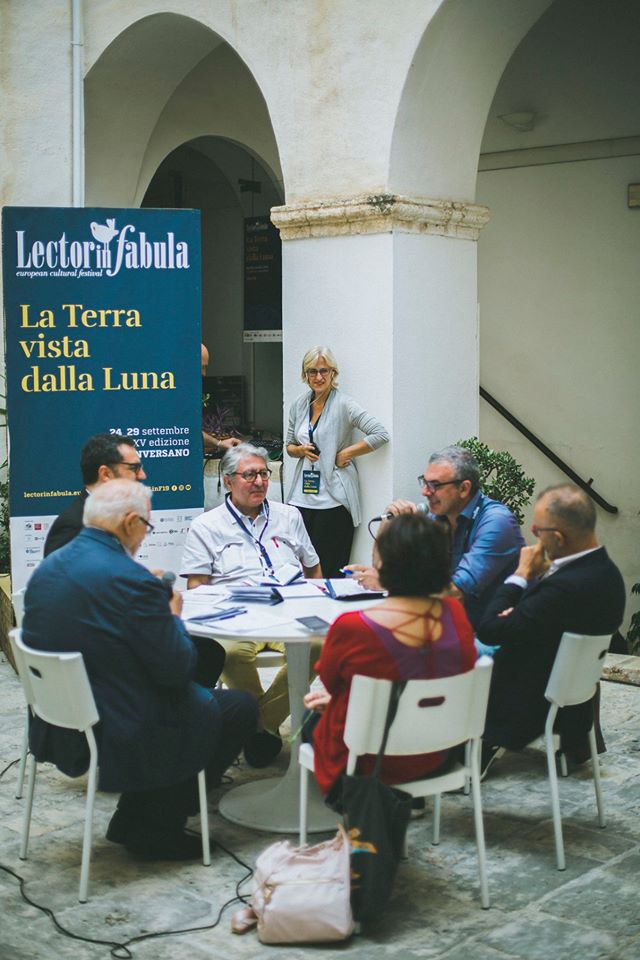 The 15th edition of the European Cultural Festival Lector in Fabula was organized in Conversano (Apulia, Italy), from 24 to 29 September, by the Giuseppe di Vagno Foundation (http://www.lectorinfabula.eu/programma19).
In connection with the topic of this edition - "The Earth seen from the Moon" - COPEAM was present with "Mediterradio", a radio info programme dedicated to the big islands of Western Mediterranean - Sicily, Sardinia and Corsica - and an intercultural model promoting linguistic diversity through the use of Corse and Italian languages. This particular feature was deepened with the students attending the festival on Thursday 26 September, the European Day of Languages.

"Between Journey and Imagination" was the session devoted to the Euro-Arab co-production Inter-Rives - whose 7th series deals with "Harbour Cities: places of exchanges and stories" - with the projection of a selection of documentaries made by the public broadcasters of Switzerland, Egypt and Palestine. The screening was followed by a media education session focusing on the critical, constructive use and understanding of the new communication languages.

On Saturday 28, COPEAM Secretary General delivered a speech during the panel on "Global / Local - TV in the changing society", where he stated that public media are the only tool able to protect local identities and, at the same time, contribute to overcome barriers and promote mutual knowledge, enhancing the differences that unite us in the relatively small but extremely diverse Mediterranean area.