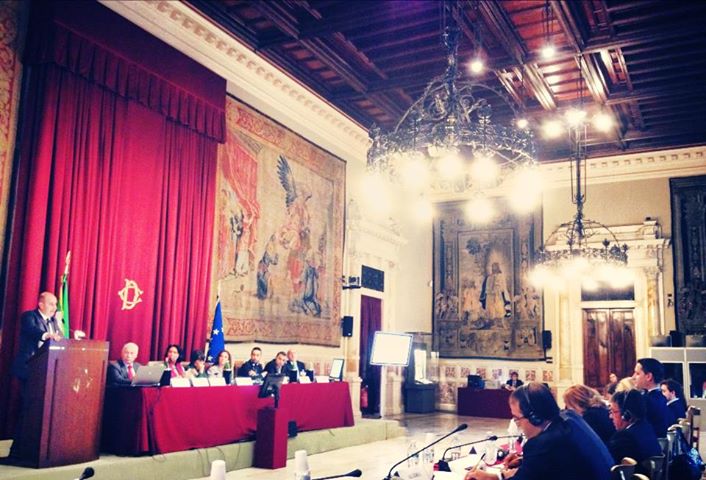 On Friday 15 November, at Montecitorio Palace in Rome, the President of COPEAM, Mr Mathieu Gallet, will present the Association’s mission, objectives and flagship projects at a hearing before the Cultural Committee of the Parliamentary Assembly of the Union for the Mediterranean. The hearing will be opened by Ms Marina Sereni, Vice-President of the Italian Chamber of Deputies, Ms Emma Bonino, Italy’s Minister of Foreign Affairs, Mr Claudio Cortese, Vice-Secretary General of the UfM, Mr André Azoulay, President of the Anna Lindh Foundation and Mr Khalid Chaouki, President of the Committee and the promoter of the hearing. Mr Gallet will speak during the first session, entitled “Exchange of views on the media, cinema, TV and artistic productions: the Mediterranean as the cradle of an inclusive culture”. He will illustrate the role COPEAM plays in enhancing the Mediterranean audiovisual heritage, thanks to the strength of its network and the quality of the activities carried out within the organisation. This common effort is reflected in a large number of cooperation initiatives, including Med-Mem, Terramed Plus and Joussour. These three initiatives are aimed respectively at safeguarding and enhancing the audiovisual archives of the member broadcasters, promoting the programmes of channels on the northern and southern shores, while encouraging the emergence of a Mediterranean audience, and facilitating multilateral coproductions on regional current issues such as the environment. All the projects have been granted support by the EU, and owe their success to outstanding partnerships, bringing together a number of organisations on both sides of the Mediterranean. This is why their future and their sustainability, and indeed the challenges and issues facing the audiovisual sector, are crucial topics that COPEAM is asking institutions such as the UfM to address as a matter of urgency. Political support, financial backing, visibility, strengthening the network and developing new partnerships are thus central to the address by Mathieu Gallet, which will be a plea for the fostering of a common audiovisual area in the Mediterranean. Download the press release