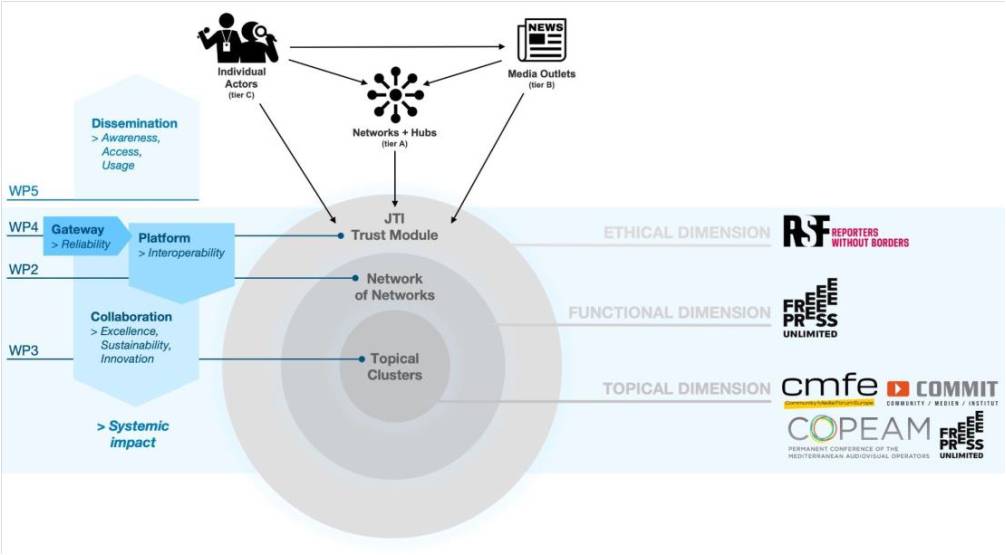 COPEAM and Reporters without Borders together to promote excellence, ethics and collaboration in journalism

In times where trustworthy information is needed more than ever, but also where disinformation and propaganda flourish to the extent of threatening national and regional security, excellence in journalism represents a critical component of societal resilience and social inclusion.

COPEAM is therefore particularly pleased to announce its participation in the project E3J - The European Excellence Exchange in Journalism - recently funded by the EU Programme Creative Europe and aimed at supporting cross-border partnerships in journalism and promoting excellence and pluralism in the media.

Under the lead of Reporters without Borders (RSF), COPEAM will take part in this project within a diversified consortium composed by Free Press Unlimited (FPU), the Community Media Forum Europe (CMFE) and its leading Austrian member COMMIT.

The mentioned partners will further invest in existing regional networks and initiatives in this field - like the Journalism Trust Initiative (JTI) and the Collaborative and Investigative Journalism Initiative (CIJI) - to drive compliance with professional standards.

Over the course of the next two years, the beneficiary media outlets, regional networks and individual journalists will have the chance to benefit from targeted offers facilitating excellence in reporting and eventually to contribute to a more diverse information space.

Through a combination of existing and new tools, support to journalists will include traditional training formats, mentoring and fellowships, micro grants and dedicated collaborative spaces and online resources. Around three topical clusters, participants are expected to focus in particular on climate change, public health and migration.

COPEAM’s contribution to E3J is intended to provide specialized training on cluster 3 - “Migration”. Over the project’s time-span, two international workshops are planned, open to professional journalists operating in the target countries, who will have the chance to enhance their skills in reporting on migration, with a special attention to issues such as ethics, debunking and constructive narratives.

This ambitious project fits into the array of COPEAM initiatives supporting cross-border partnerships and specialized training in journalism.